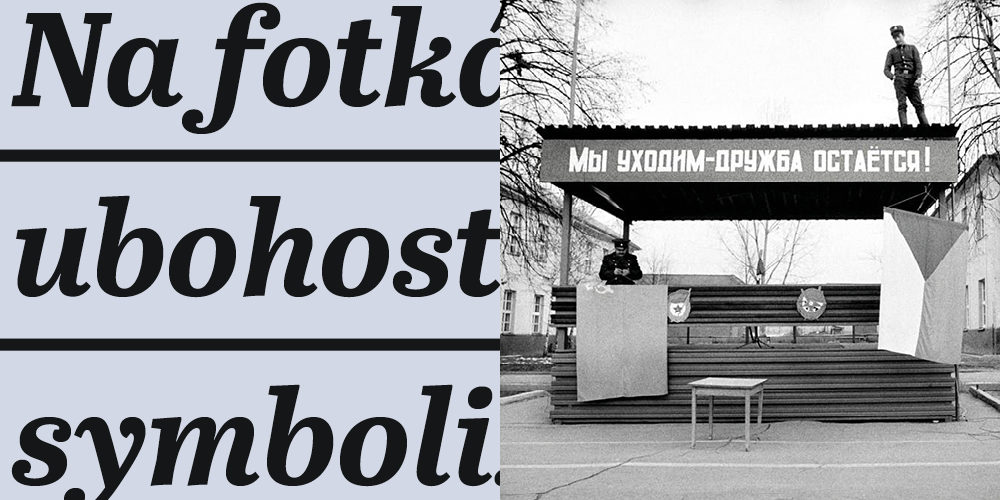 Photographer Dana Kyndrová documented the departure of Soviet soldiers from Czechoslovakia in 1990 and 1991. She visited the Soviet barracks together with the so-called joint parliamentary commission. Her knowledge of Russian and the fact that, as a woman, she did not make the soldiers feel threatened, enabled her to take pictures up close and personally. In 2015, she returned to the Soviet troop sites, and after 25 years, she again photographed in Milovice and in Ralsko near Mimoň, where the Soviets built a huge runway at Hradčany airport in the 1980s.

She started taking photographs at lyceum. In 1973, she started documenting communist demonstrations. “The entire totalitarian system was concentrated there, and people grumbled against it, but they went to official events and thus formally supported the regime. In that farce I saw the essence of the regime’s schizophrenia. I was fascinated by how people let themselves be manipulated, and it seemed to me to be typical of the period of normalization.” At the end of the 1970s, she became involved in a project by the Academy of Performing Arts students to capture the disappearing Žižkov. In the late 1980s, she took her camera to other rallies, this time anti-communist ones.

“November was a good happening, but most important for me was the departure of the Soviet troops,” says Dana Kyndrová.

In her photographic work, she moved from the theme of the withdrawal of the occupying armies to a broader reflection on the Soviet presence in Czechoslovakia in the 20th century. The result is the publication 1945 Liberation… 1968 Occupation: Soviet Troops in Czechoslovakia. In 2008, she presented her exhibition Liberation, Occupation, Departure at Mánes Gallery in Prague.