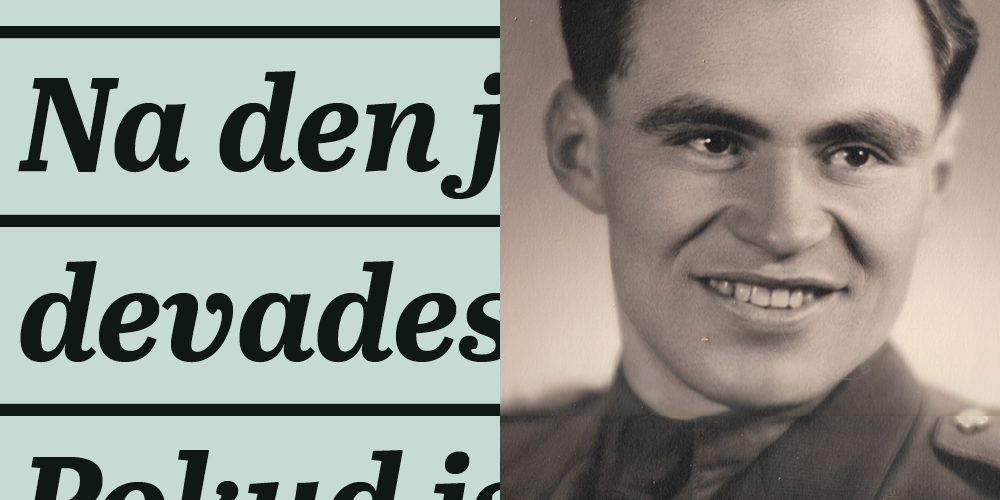 “During the First World War we had legionnaires in Russia who fought, so I am running away because our army is being organized and we will fight the Germans to liberate Czechoslovakia,” Jan Plovajko, a student at the lyceum, said at the first NKVD interrogation on Soviet territory about why he had decided to flee to the Soviet Union after Hungary occupied his native Subcarpathian Rus.

The court sent him to Siberia for three years for illegally crossing the border. After a long anabasis in overcrowded cattle trucks and on a boat on the Yenisei, he ended up beyond the Arctic Circle in Norilsk, the center of Norillag, a dreaded complex of dozens of labor camps.

Till his strength ran out, Jan Plovajko worked in a stone quarry, breaking blasted stone blocks with a chisel and pickaxe. He was used to physical work from home, he had played sports, but the lack of food and the perpetual cold took a toll on his health.

“Then I weighed 40 kilos and could no longer work, so they put me to work pulling nails out of old boards,” Jan Plovajko recalls.

“That’s when they called me ‘dohodyago.’” That is, a prisoner who has been left to die.

After three years, he was rescued from the appalling conditions of the Norillag camp by the opportunity to join the Czechoslovak army that was being assembled. Together with fifty other Czechoslovaks, he set off for Buzuluk. He went through heavy fighting at Kiev, Dukla, Liptovský Mikuláš, and arrived victoriously to Prague. After February 1948, the communists tried to get him to join the party and to cooperate in the purges in the army, which he refused because of his unfortunate experience with the Soviet communists. He was thrown out of the army in 1950 and began to earn a living as a laborer.