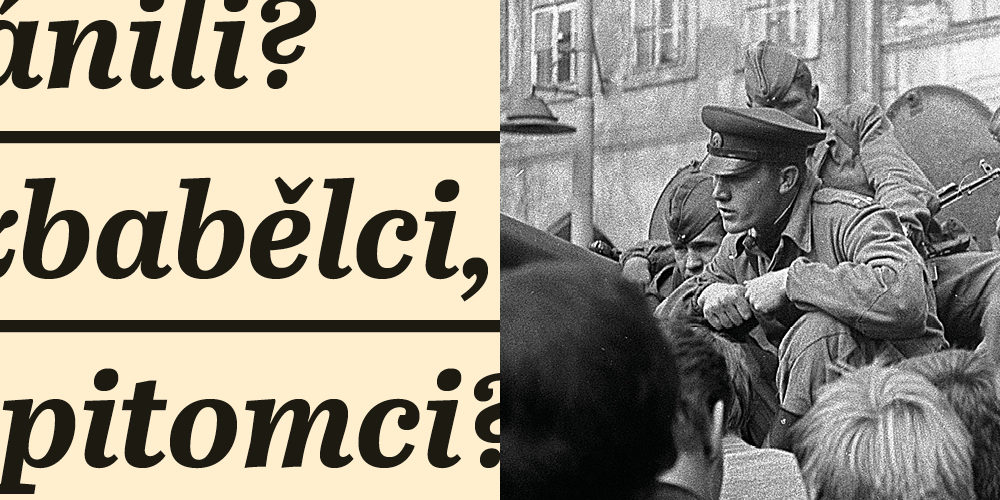 Ivan Ivanovič (the witness does not wish to disclose his real name) was born shortly after the Second World War in St. Petersburg (formerly Leningrad), Russia. He grew up in an educated Jewish family and admired Western culture. During the period of slight liberalization in the USSR in the mid-1960s, he studied English. He did not finish college and had to enter compulsory military service. In the ranks of the Soviet Army he took part in the invasion of Czechoslovakia in August 1968.

“But what do you want! What else did you expect from Brezhnev, from that monster, from the Soviet Union? That they would let you have freedom? If you expected them to let that happen, then you are fools. If not, why didn’t you fight? Then you’re cowards. Either fools or cowards. Of course, I don’t mean this, but I want to point out the Czech flaw, your peacefulness. That it would work out with Hitler. And with Stalin, too. And that even with Brezhnev it would turn out good in the end,” says Ivan Ivanovich.

He describes the night of 20-21 August 1968 as one of immense confusion, nervousness, and fear. The Soviet soldiers had only one piece of information – that they were going to save their brotherly country:

“They told us at the training that we had to save you from imperialism. Because West Germany had sent tanks and they were already fifty kilometers inside Czechoslovakia and fighting their way to Plzeň. We were shocked! First of all, nobody could verify it. I knew they were lying. But even I, someone who hated the communists, thought: German tanks in Czechoslovakia? Who knows…”