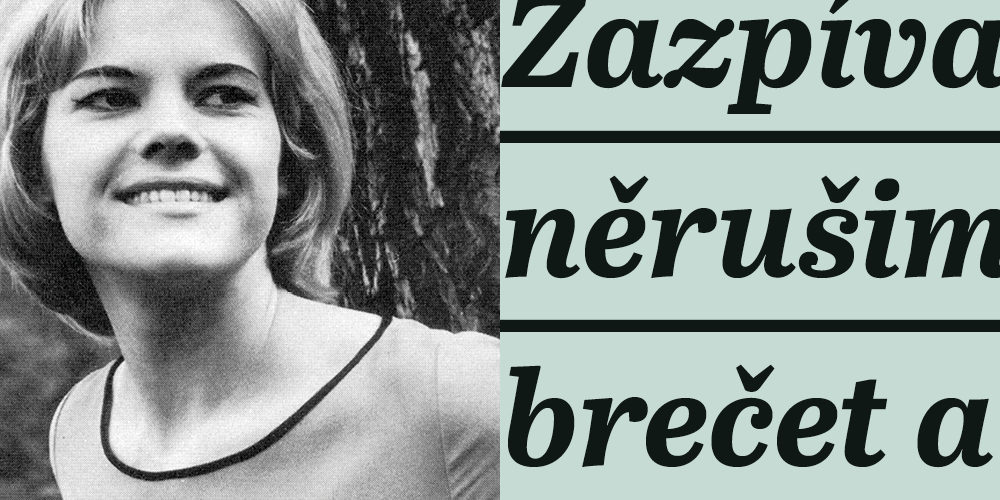 One of the most famous Czech singers, Eva Pilarová lived through the bombing of Brno and its liberation by Soviet troops in May 1945 when she was not even six years old.

At the end of the war, her father and mother hid her with her sister in Morkůvky near Brno. But Morkůvky was in the direction of the advance of General Malinovsky’s Soviet troops, with whom Czechoslovak soldiers fought side by side on the Eastern Front, and some did not speak highly of them.

“My aunt from Morkůvky was ordered to take a Soviet soldier, whom we called Báryšňa, to her apartment. She sang nicely and taught me a Russian song. It was only years later that I found out it was the Russian anthem,” Eva Pilarová recalled. And it was the Soviet anthem that saved her mother:

“My neighbor from Morkůvky was raped by Russian soldiers. They came to the cellar where we were hiding. They took my father’s watch and everything else. And then they went to up my mother. I realized in my childish head that the soldier was speaking the language that Báryšňa had taught me to sing in. I stood in front of him and started: ‘Soyuz nerushimyy…’ The soldier started crying, took me in his arms, walked around the yard with me, and nobody got hurt,” Eva Pilarová said.