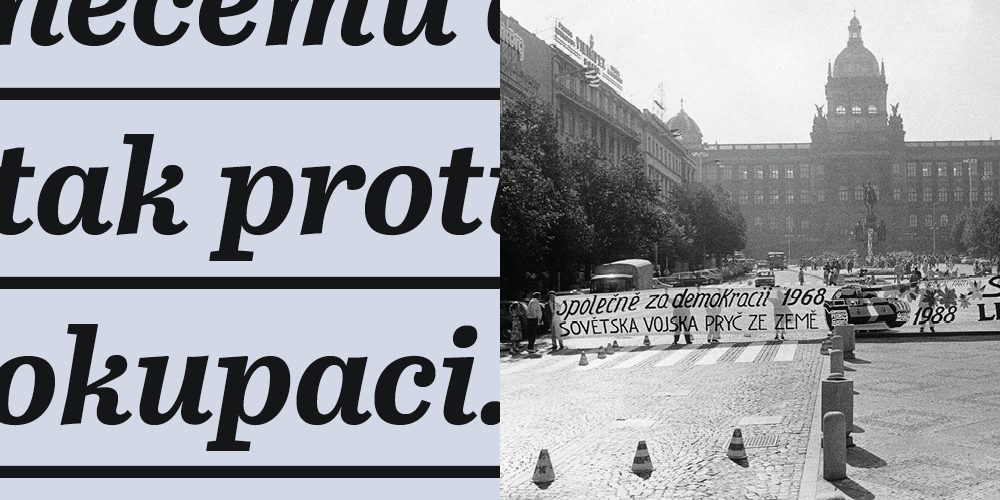 On Sunday, 21 August 1988, Prague experienced something not seen for a long time. Several thousand people gathered in the upper part of Wenceslas Square to protest against the communist regime on the 20th anniversary of the Soviet occupation. Among them was Tomáš Šponar, a twenty-year-old student of the textile and mechanical engineering college.

Soviet soldiers had several garrisons around his native Svitavy. Tomáš says that his parents did not hide the reality of that time.

“We used to see Russian officers buying carpets, shoes, clothes in bulk, which created a certain image of an occupied country, although not at all a violent one.”

On 21 August 1988, he said at home that he was going to see a friend in Prague. From the station he went straight to Wenceslas Square. “I went there spontaneously, on my own. I told myself that if there was something to demonstrate against, it was against the occupation. It was quite a big demonstration, I think the regime was surprised by it.” It was no longer enough for the people to remember twenty years ago, they wanted change. They demanded the release of political prisoners and freedom of speech.

Police officers equipped with truncheons chased demonstrators all over Prague into the night. Many were beaten, around a hundred people were briefly detained, and the authorities launched criminal proceedings against thirteen participants. Tomáš Šponar was lucky to escape arrest. He has a different memory of the demonstration – the American magazine Time published a photograph of the demonstration in which the lens had captured him.