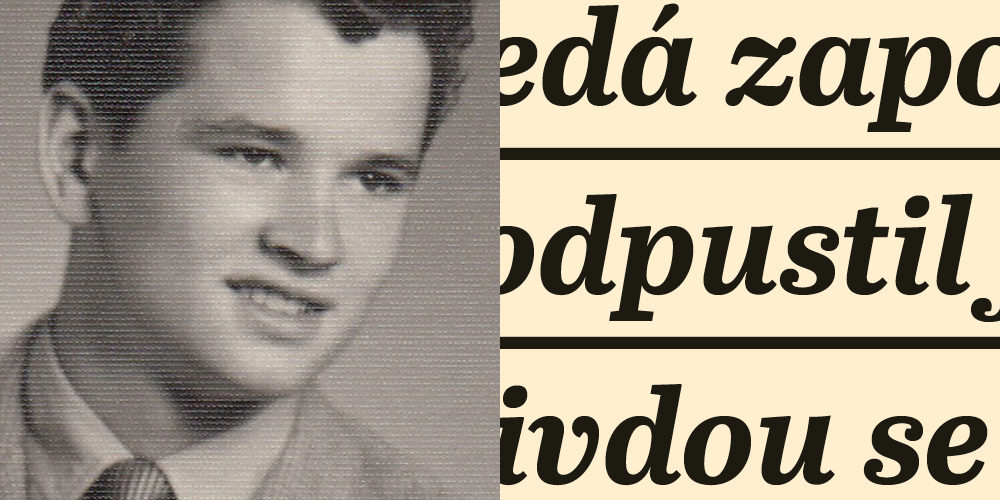 In the summer of 1968, Petr Šíd was twenty-four years old, living in Liberec, working as a well-digger and dreaming of going to Canada with a friend. On the fateful morning of August 21st, he miraculously survived the bloodshed at the Liberec town hall. In the confused situation, Soviet soldiers began firing into the crowd at point blank range. “They hit me from less than two meters away. They shot me through both knees with the first round. I fell to the ground, shielding myself a little with my bag. From then on it was hell. I got hit more times as I went along. People were shouting, machine guns were going off, a number of vehicles were running into each other, soldiers were shooting at them wherever they could. It wasn’t pretty.”

Peter was hit by seven shots. Both knees were shot through, his left shin was shot twice, his left foot and his arm were lightly wounded, and the most serious wound was in the pelvic area. After surgery in the hospital, he woke up next to two other seriously wounded young men – Miroslav Bernard, only fourteen years old, whose lungs, knee, and arm had been shot through, and tricep shot off, by Soviet soldiers. The other was a nineteen-year-old Slovak student, Jan Šoltys.

“He was pinned down by a tank in an arcade, his pelvis was crushed, his leg was broken, both collarbones were broken,”

says Petr Šída, who recovered from his severe injuries for over two years.

He experienced a great disappointment in August 1969, when he wanted to commemorate the nine victims of the invasion of Liberec at the town hall. “I came running from the hospital. There was a big pile of flowers. The police surrounded the whole area and pushed people out. Then a tractor arrived and they piled the flowers on its flatbed.” The memory of the victims of the invasion was not to be commemorated for another 20 years.