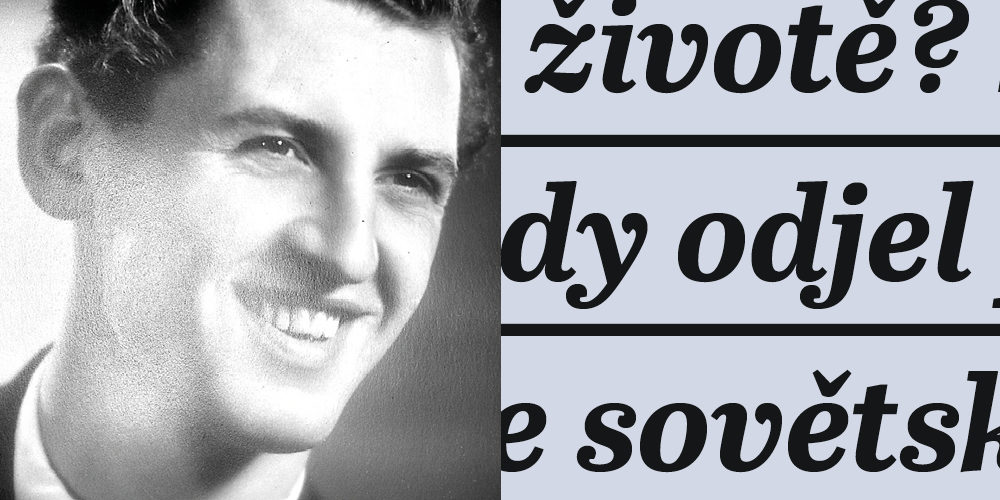 On the day when the representatives of Czechoslovakia and the Soviet Union were just signing the treaty on the departure of the troops, the first train with Soviet soldiers left Frenštát pod Radhoštěm. Dalibor Norský, a representative of the Civic Forum, negotiated for the local departure. For him, the 1968 invasion represented a loss of hope. “I did what I could to prevent ‘68 from happening again,” he says of why he became involved in the Velvet Revolution.

As early as December 1989, he became involved in the removal of a large Soviet unit from the city – two thousand soldiers and several hundred family members. The negotiations were not easy. The regimental commander, Vladimir Smirnov, made excuses for the number of soldiers and the equipment that needed to be repaired first. He estimated that the whole process of leaving would take a year.

“For them Czechoslovakia was America, they wanted to be here as long as possible.”

Dalibor Norský was adamant, and in the end his wit came to his aid: “I told him to keep in mind that those who returned to the Soviet Union first would be at an advantage. There would be places in the barracks, apartments for them. But what about the others? They would end up in some field in tents. He got it.” Three months after the revolution, on 26 February 1990, the first train left, and by the end of March there was not a single Soviet soldier in town. They left behind destroyed apartments and land and a river polluted by fuel.

Frenštát pod Radhoštěm became the first town in the country to carry out the removal of Soviet soldiers. In the whole of Czechoslovakia, the process took over a year.