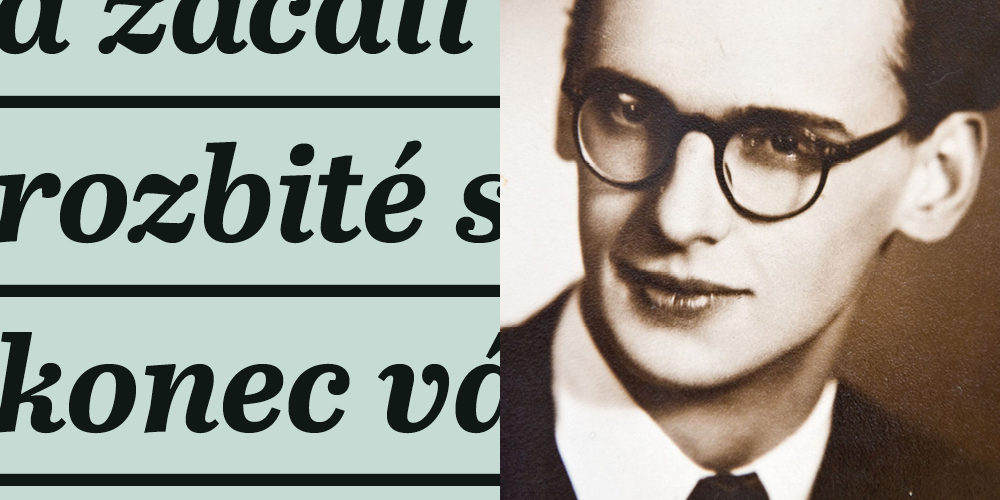 When on 5 May 1945 a radio call for help went out, sixteen-year-old Ivan Kieslinger put on his scout uniform and went to the center of Prague. Together with other scouts, he reported to the commander of the uprising, General Kutlvašr. They wanted to fight. The general thanked them, but since they had no guns, he told them he did not need them. The next day, Ivan was sent from the headquarters to Motol, where a German garrison controlled the training ground.

The Russian Liberation Army, the so-called Vlasovists – Red Army prisoners who had previously been fighting on the side of Nazi Germany – were already approaching Prague. At the end of the war they decided to side with the Prague rebels against the Germans. The German garrison in Motol surrendered, and the Vlasovists seized their machine guns and taught the young scouts how to use them.

In the days that followed, Ivan helped defend the main post office on Jindřišská Street, where an important telephone exchange operated, running between the headquarters as a liaison. On May 8th, he got an anti-tank weapon – a Panzerfaust – and found himself in the middle of a fierce street fight on Wenceslas Square. He hid on the stairs leading to the basement of the men’s toilets. A friend found a large mirror in one of the ruined shops and gave Ivan signals:

“The German tank operator apparently had a sense of humor and shot the mirror out of his hand with a cannon. My friend got stuck in a corner. He was completely white,” recalls Ivan Kieslinger.

But the tank withdrew and the firing gradually died down. “Around six o’clock in the evening, the janitors swarmed in and started sweeping up the glass. We understood that the war was over.”