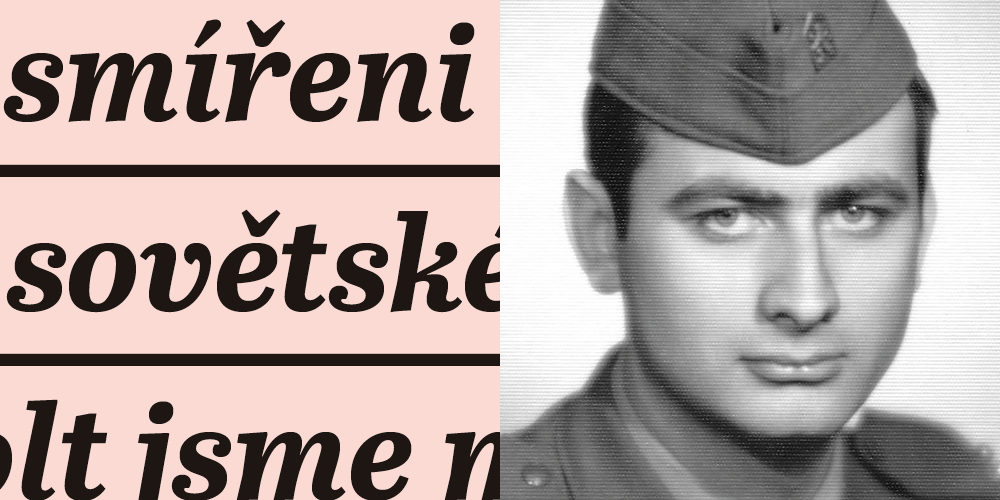 In August 1968, Jaromír Ulč had no idea that he was about to embark on a long career with the state security. He was not interested in politics. “I didn’t think anything of it, we didn’t talk about it at home,” he says of the invasion by Warsaw Pact troops. Like many in those days, he wore a tricolor in his lapel. But when Soviet soldiers stopped him on a bridge over the Vltava River, he dutifully unbuttoned it: “I had to throw it into the river myself,” he said.

He later joined the communist Ministry of the Interior. At first, he eavesdropped on Western border guards and diplomats, and later, as a counterintelligence operative, he was in charge of monitoring churches. The presence of occupying troops in Czechoslovakia was a given for him, which he did not question.

“We are a small country in the middle of Europe, which has to belong somewhere. We were resigned to being in the Soviet Bloc. We didn’t compare too much whether the West was better or worse,” he said. And in the same breath, he mentioned the advantages it brought him:

“The way I perceived the regime was that I had decent money, my family was taken care of, I had a place to live, and I was more or less not bound by anything, that I could do whatever I wanted, even if not completely. That’s the way it is, maybe that’s the way it has to be. I’m no rebel, nobody in my family was a rebel.”