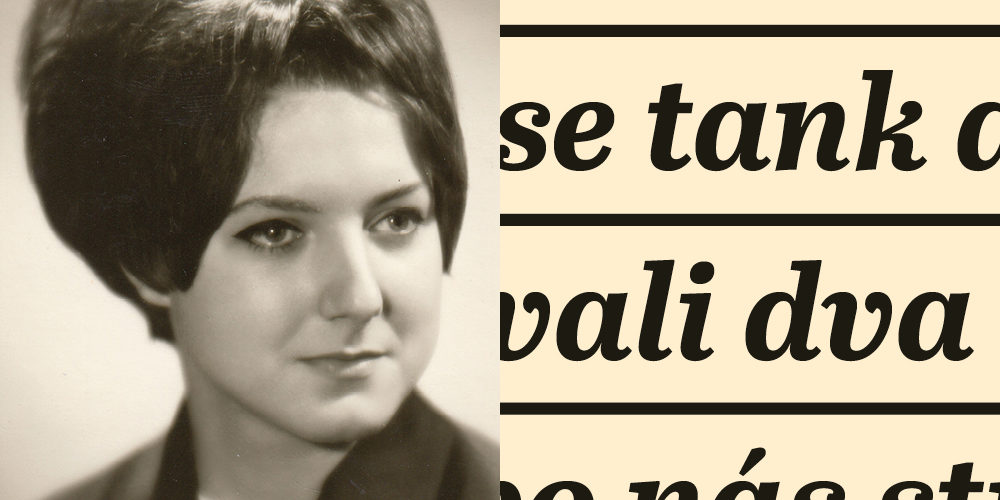 When Petra Erbanová from Liberec was 20 years old, she found herself in the wrong place at the wrong time, so to speak. When the Soviet Army invaded Czechoslovakia on 21 August 1968, she was among the demonstrators who were fired upon by the occupiers in the center of Liberec. She was going to work then, to a dental laboratory:

“A tank appeared not far behind us and two soldiers were peeking out of it. They started shooting at all of us.” The shooting left five men and one woman lying in the street, with others suffering serious injuries. The occupiers hit Petra Erbanová in the knee and her calf was torn. Her leg felt like a piece of cloth. She was treated for seven months. She had to stop playing competitive volleyball and skiing.

“I can understand the ordinary, young guys who sat in the tanks. They had no idea what was going on, where they were going, what they were doing here,” says Petra Erbanová, “but the occupation itself and everything it caused cannot be forgiven.”

A year later, on 21 August 1969, she laid a flower at the spot where a Soviet soldier shot Eva Livečková, a nurse, in the neck: “Two guys came up to me. They threw the flower from the memorial site into the road under the wheels of the bus,” she remembers. One of the men threatened her: “If you don’t want to go in for an investigation, get out of here right now!” These were no longer Soviet occupiers, but her fellow citizens.