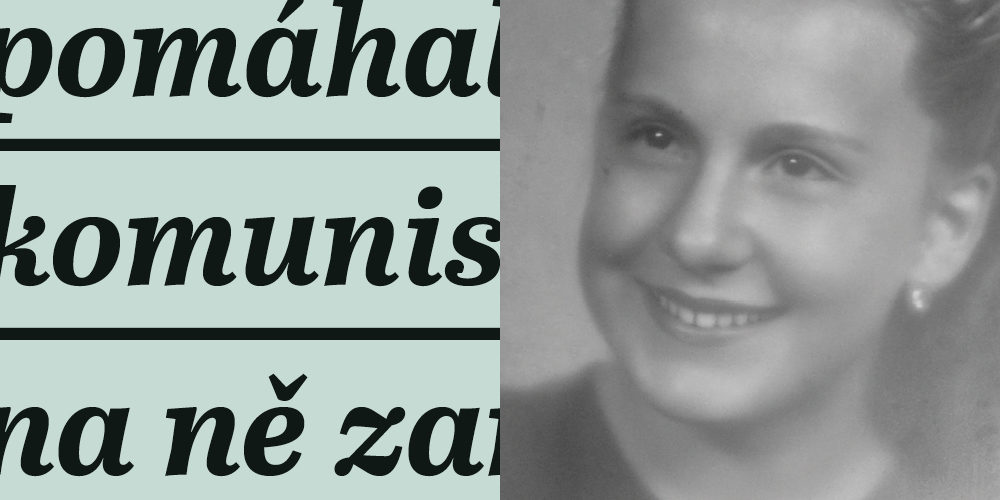 At the end of the summer of 1944, an unknown man – Nikolai Alexandrovich Kuzmin – was standing at the door of the Košárek family’s house near Malá Bystřice in Moravian Wallachia. He was the commander of the Soviet paratrooper unit “Za rodinu” (For the nation). When the Košáreks agreed to help, he waved to the others:

“One partisan turned into twenty-five. They used our house as a base,” says Jaromíra Kočnarová, then a Košárek.

The family helped the partisans in every possible way – they supplied them with food, washed and repaired their clothes, and shared sleeping quarters. The partisans made eight-year-old Jaromíra a liaison. Half-dead with terror, she carried papers with messages through the forest. The soldiers advised her to eat the messages if she was caught.

In the autumn, the Nazis discovered a partisan hideout in a barn near the Štůsek family. The soldiers surrounded the farmhouse and attacked and shot many partisans on the spot. Nothing happened to the Štůsek family. The partisan Nikolai (Kolya) decided to execute the farmer, saying: “He was the one who betrayed us if nothing happened to him. He will lose his life for this!” Jaromíra recalls these dramatic moments: “My mother begged him desperately, saying that the neighbor had children and that Kolya couldn’t know if it had really been him. He didn’t listen.” The commander of the partisans watched the Štůsek’s cottage every evening, and when he saw the family’s head at the window one day in January 1945, he shot him. “My mom cried and despised Kolya.”

Fortunately, the hiding place of the Košárek family was never uncovered. Everyone on the farm lived to see the end of the war. “I was jumping for joy until my parents thought I was crazy,” Jaromíra Kočnarová says.