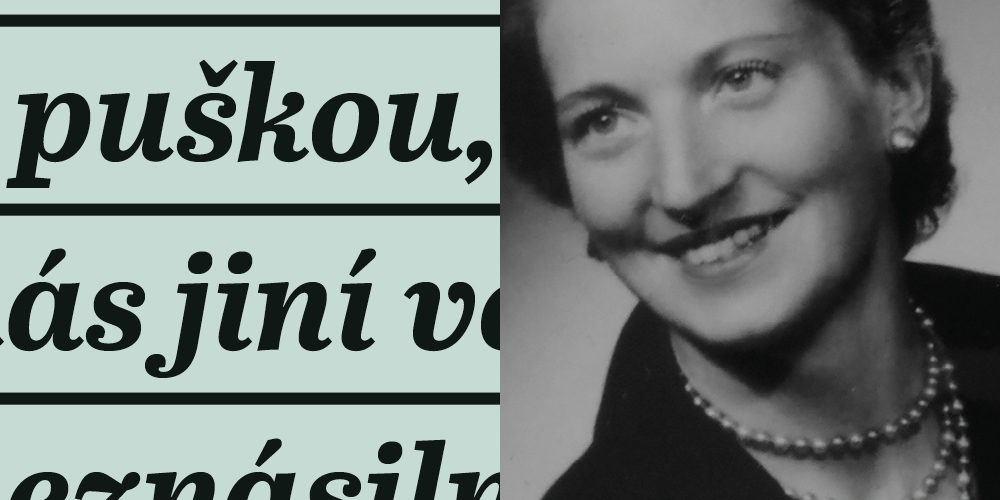 Johanna Sieredzká was born into a Sudeten German family in the village of Horní Žleb near Děčín. In 1945, she experienced the liberation of Czechoslovakia by the Soviet Army: “We were all looking forward to the end of the war,” she recalled. “Our mayor, a former teacher and a very good man, went across to meet the Russian tanks. So, we were curious to see what they would do to him. After about half an hour he hobbled back and said:

ʻThese are awfully nice people. They shook my hand from the tank, gave me a drink of vodka, and it was nice. Everybody says how bad the Russians are, how they rape women, and they are so nice!”’

At the head of the column of tanks were Russian officers. It was worse, according to Johanna Sieredzská, when the regular tank troops, soldiers from the Asian republics of the Soviet Union, appeared. They were savage, she said: “We young people used to go swimming in the pond. I remember how, on the orders of an officer, we were always guarded by a Russian with a rifle, so that other soldiers wouldn’t rape us,” she said.

Nevertheless, a tragedy took place at Horní Žleb: “Uschi Winkler, a beautiful and clever girl, lived with us. My mom only had her and she was very worried about her. A Russian soldier saw her and went to her and tried to persuade her to come with him. But she wouldn’t give herself to him. So, he shot her directly in the chest. A Russian officer then shot the soldier on the spot,” Johanna Sieredzká recalled.