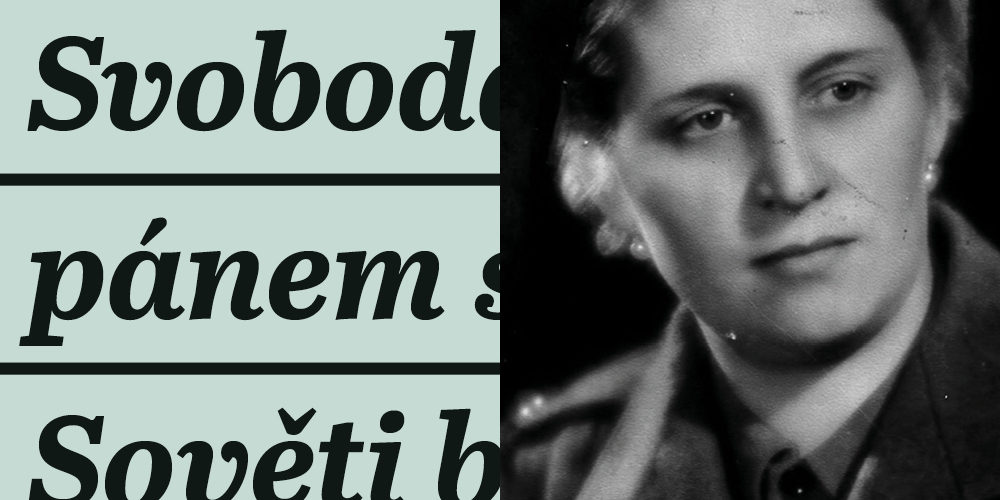 After the Hungarians took control of Subcarpathian Rus in 1939, Jiřina (then Severová) had to leave high school and do forced labor. She decided to flee to the Soviet Union with several of her classmates in the hopes that they would let her finish her studies there. Disillusionment came shortly after crossing the border.

“You are Czech spies!” a Soviet border guard accused them.

They ended up in prison and later in the gulag at Ukhta. The prisoners had to pull floating wood from the half-frozen river in minus sixty-degree frost. “I lay down on the snow and wanted to die. I remembering hearing that freezing was a good and easy death,” Jiřina recalls the moment when she lost the will to live. At that time, she was allegedly rescued by one of her cell mates – a Russian prostitute. Later, Jiřina was sent to work on a Kazakh collective farm, where, this time in unbearable heat, they dug irrigation canals.

Meanwhile, Nazi Germany invaded the Soviet Union and prisoners from Czechoslovakia were allowed to join the forming military unit. “Svoboda was not the master of his army. The Soviets were” recalls Jiřina Tvrdíková. For example, the Soviet politruks changed the Czechoslovak Army Corps’ plan for the advance by decree during the Battle of the Dukla Pass. She herself almost died during the fighting at Liptovský Mikuláš when she was shot in the spine and ended up covered in dirt. For many years after the war she suffered from trauma and hallucinations of the horrors she had endured.