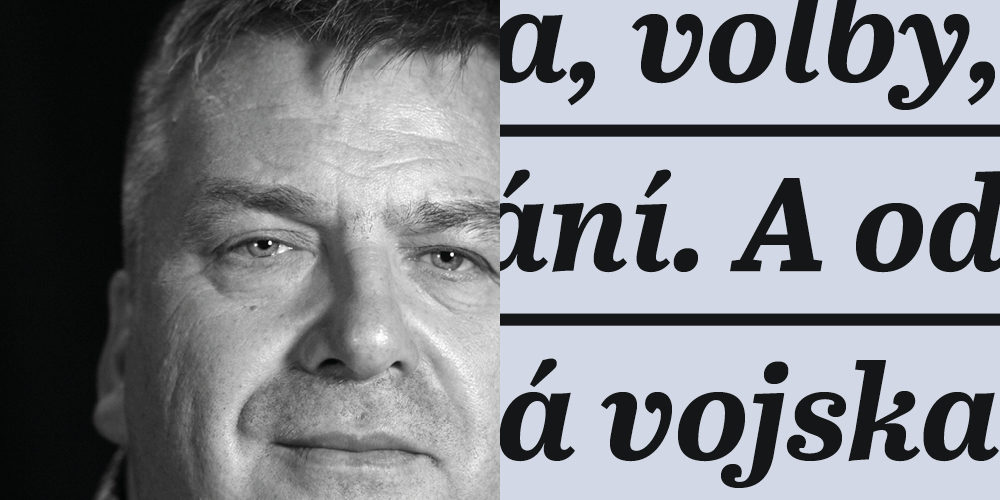 During a Czechoslovak People’s Army exercise in the Soviet deserts of Karakum and Kyzylkum in the summer of 1988, weapons systems operator Corporal Petr Klimeš made a mistake that made him the target of the officers’ anger. After a mistake of his during heavy firing, an air defense unit shot down an unmanned aircraft. The “higher ups” lost their bonuses and promotions, and the “grunts” lost the chance to go home for a few days as a reward. “There were punishments and I was put in jail for a week in Bohemia. But I only had twenty days left until civilian life, so I didn’t make much of it,” Petr Klimeš recalls. “I just felt sorry for the boys that they didn’t get to leave.”

A few months later, in November 1989, Petr Klimeš founded a local division of the Civic Forum in his hometown of Polička. The following spring, he was co-opted to the town council, and in the first free elections in June 1990 he ran for parliament. The removal of the occupying Soviet troops became a hot topic in the region. Thousands of tons of ammunition were hidden in perfectly camouflaged military warehouses near the village of Květná near Polička. They were also lying in underground bunkers and had to disappear by mid-1991.

Petr Klimeš, as a local politician, was involved in this matter. Hundreds of wagons with military arsenal were heading east from Květná. The clearing of the warehouses was carried out under strict secrecy.

“It was a great experience for me, as a reserve corporal, when the top brass of our army and the Soviet troops were following my orders.”