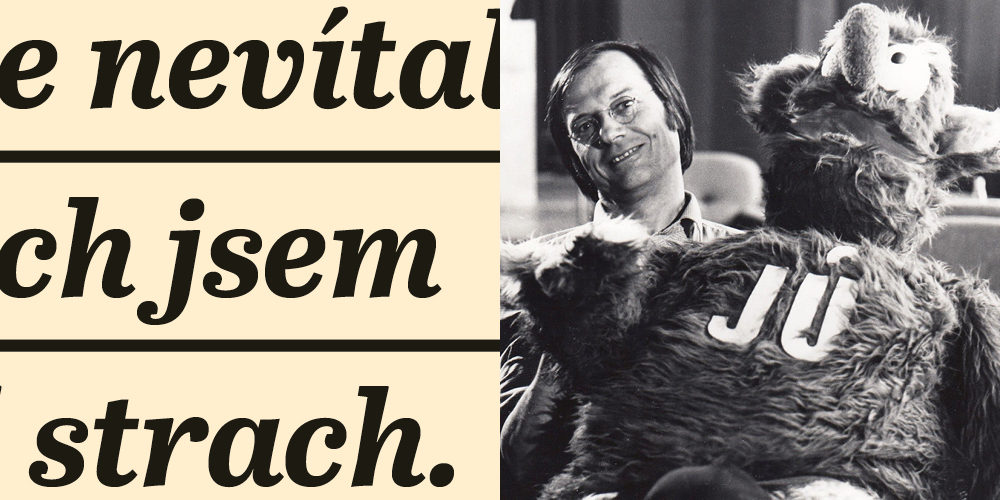 As a child, Josef Platz experienced the liberation of Dejvice in Prague in May 1945 and the invasion of the Warsaw Pact armies twenty-three years later. “The first time the Russians came as rescuers, then they came a second time, they looked exactly the same, but we didn’t welcome these soldiers, I was afraid of them. When I was walking home, they stood with their machine guns drawn and asked where I was going. I was walking with my daughter in a pram between the tanks at the time and I have to say it was terrible,” he recalls the days of August 1968.

This experience choked out any positive feeling for the Soviet Union and the Russian language in Josef. Moreover, the subsequent normalization purges deprived his wife, journalist and writer Eda Kriseová, of her job. Joseph had to support his family on his own. After graduating from the Academy of Performing Arts, he was unable to find a job and could only work at Czechoslovak Television as a freelancer. His wife was prosecuted more severely by the normalization regime because she was involved in the dissent.

In 1981, he became the director of Studio Kamarád, a popular TV show for children. He says the regime’s supervision was not as strict with programs for the youngest viewers. But he was bothered by the pervasive hypocrisy he encountered working for television. There was a different way of talking over a beer after work and a different way of talking in the programs they produced.

“I feel guilt and will feel it all my life that I didn’t fight with a gun in my hand against communism, but it’s not in my nature. My wife did it for us both.”