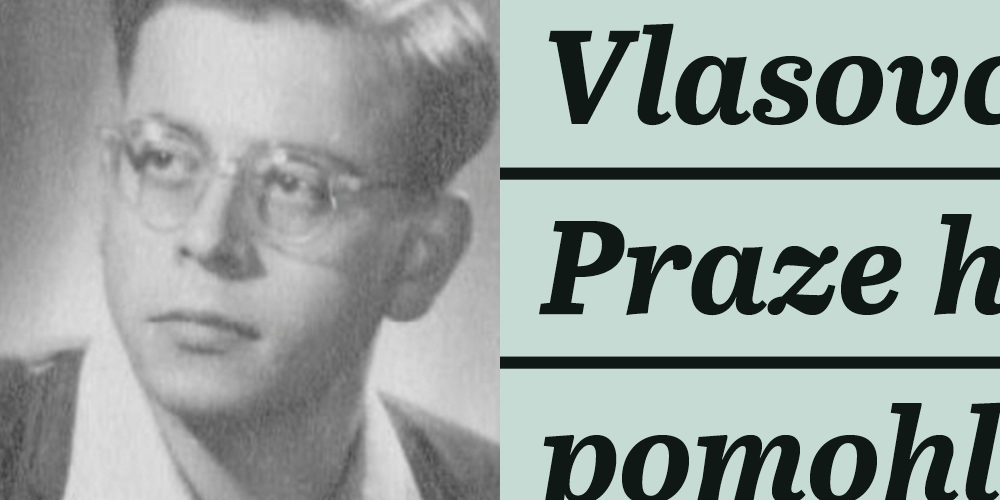 Lahovice, a small settlement at the confluence of the Vltava and Berounka rivers, became a site of great courage and tragedy in the days of May 1945. The local bridge over the Berounka River was an important strategic point, a place where German soldiers wanted to penetrate rebellious Prague.

From the 5th of May, barricades were erected on the road leading from Zbraslav to Prague. Josef Bachura, a young man from Lahovice, also was also keeping guard on them. He remembers hearing rumbling from the west on the night of May 6th. He was excited that it might be American troops, but in fact it was soldiers of the Russian Liberation Army (ROA), the so-called Vlasovists. At the end of the war, the army formed from Soviet prisoners of war wanted to break free from Nazi rule and briefly provided aid to the Czech rebels.

On the morning of May 7th, German soldiers managed to break through the bridge after several attempts. The Nazis wanted to avenge the death of their officer, arrested dozens of men, executed many of them, and led others, including Josef, as human shields along the main road towards Prague. Another barricade near Velká Chuchle stood in their way. “When we came within fifty meters, a defender came out of the barricade and shot a German soldier.” A firefight broke out. Josef Bachura ran off the embankment and fell to the ground.

“In the end, a Vlasovist saved me. He saw me and called out to me in Russian: ‘Come here, I’m Russian.’”

He spent the next few hours in territory under Vlasovist protection, returning home the next day when the fighting had subsided.

The brave resistance of the defenders of the Lahovice barricades helped to slow the Nazi advance from the south into the center of Prague. The price was high, however; more than 40 were killed or executed by the Nazis.