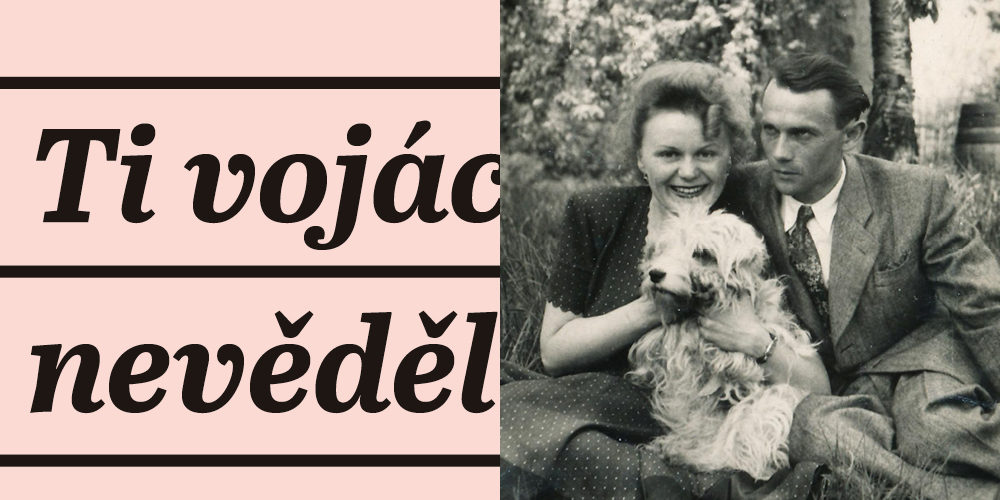 “Travel to the Soviet Union is not recommended,” read the catalog of the Urania travel agency, which Hana read as a little girl before the war.

She grew up in Teplice, which became part of Hitler’s Germany after the Munich dictatorship. When the Soviet soldiers arrived here on the night of 8-9 May 1945, they behaved as if they were in enemy territory. “The borderlands experienced the end of the war in a drastic way. The soldiers did not even know exactly where they were. They possibly did not even have maps with them. They thought they were in Germany,” recalls Hana Truncová, née Johnová. The soldiers behaved with brutality to match:

“They took people’s bicycles, they took watches off their wrists, they tore crosses from their necks. Everything you can imagine. By what right?”

A year later came the first post-war and, as Hana says, “so-called free,” elections. “Everything in the whole border region was covered only in red. Voters were almost afraid to vote for anyone other than the communists. Many citizens were given a house, an apartment, the various necessities of life. So, they went to the polls to say thanks. Yes, that was the beginning of the end.”

After the coup in February 1948, Hana considered emigrating. Before she and her beloved Otakar Čeňek Trunc decided to do so, they were arrested by StB officers in the summer of 1951. Hana was sentenced to 13 years for treason. She ended up spending nine years in communist prisons.