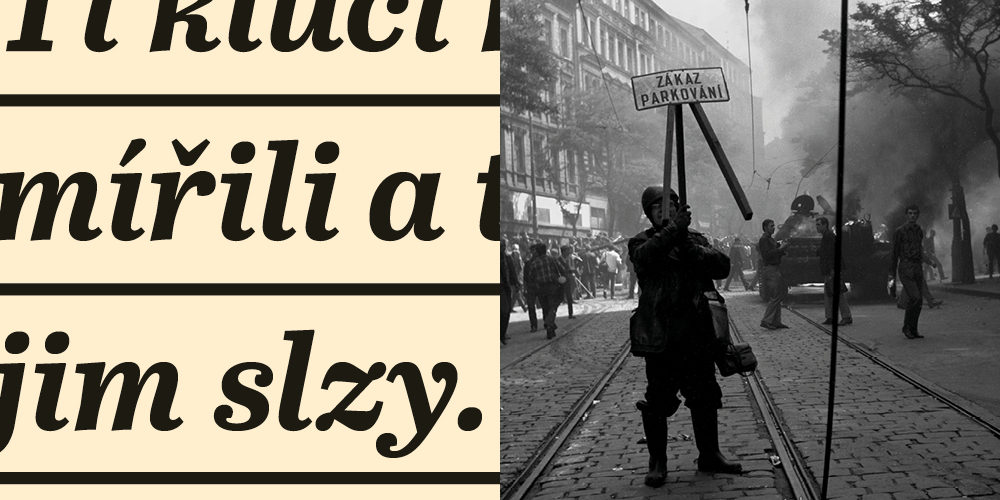 When she was only a teenager, Hana Hamplová was already exploring the world through the viewfinder of a camera.

“The most important thing is to know why you are taking the picture,” her photography teacher Ján Šmok told her. When she took to the streets of Prague with her camera on 21 August 1968, she knew exactly that.

She came across the first Soviet tank near Prague Castle. “There were some tough guys among them, but there were also some scared young boys. Georgians, Kalmyks, Russians,” she recalls of the crew she tried to photograph. “Davaj pljonku!” one of the soldiers said, demanding the film from her.

The next day she joined a group of people protesting outside the Communist Party Central Committee building. The building was surrounded by Soviet soldiers. When the demonstrators moved forward, the soldiers were instructed to take aim at them. You could have cut the tension in both camps was a knife. “They stood opposite us, close, about two meters away. They were aiming at us and I could see the tears rolling down those boys’ faces. It must have been an awful situation for them too,” she says.

According to Hana Hamplová, the invasion of Warsaw Pact troops marked her entire generation: “People my age who lived through 1968 while growing up were fundamentally affected by it. After that, only careerists joined the Communist Party.”