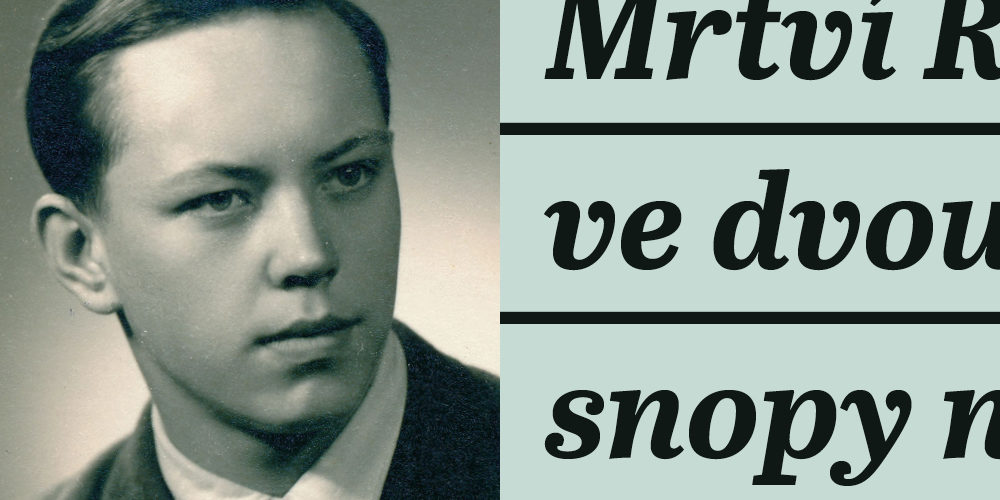 In April of forty-five Stanislav was 13 years old. The Red Army troops were rolling towards his native Ostrava and the front was rumbling ever closer. However, it was not the first time he had known what war was like as a child. On 29 August 1944, hidden in a cellar, he survived an Allied air raid. Hundreds of Liberator planes dropped bombs on the city, transforming the center into rubble. “It was thundering outside and our kerosene lantern was marching across the floor,” he recalls. When it had quieted down, he stepped out onto the street, and saw the devastation. The crater in front of the house was a good eight meters across. That was the first time he saw dead people.
Similarly, at the church in Hrabůvka on 1945 May 1, he watched the Red Army putting the dead into rows.

“Graves were dug, an officer spoke for a while, two volleys were fired,” he recalls the moments that have stuck in his memory ever since.

After the war, Stanislav graduated from the Masaryk School of Agriculture in Opava. However, he did not become a farmer. Wherever the liberators came from, ideas of oppression and violence spread. He experienced the communist collectivization in Prlov in the Zlín Region, where he moved to join his wife. “The countryside did not care for Soviet collective farms. We were brought up for private farming.”

He worked on the railroad, working day and night shifts, ensuring the operation of trains. He was never promoted. A Christian devoted to the Catholic Church, he did not hide his faith, and the authorities knew it well. But Stanislav has no regrets: “Throughout my life I’ve felt God’s closeness and sensed his protection.”