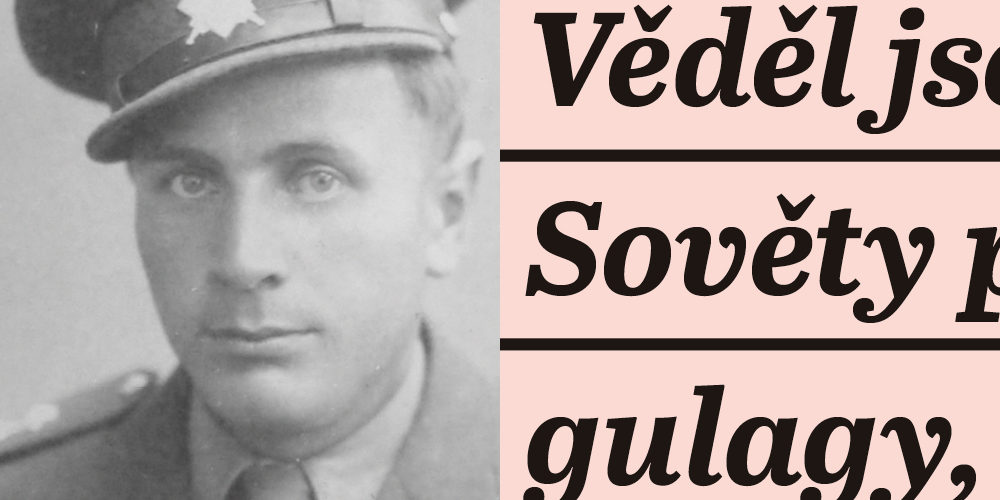 Josef Kulich was born in the Czech village of Stromovka in Volhynia in what was then Poland. He lived through the Soviet and Nazi occupations of Volhynia and, in March 1944, he joined the nascent 1st Czechoslovak Army Corps. He was assigned to the tank troops. His leg was torn through by a piece of grenade shrapnel near Krosno, and he fought at Dukla and took part in the Ostrava-Opava operation, as well as other liberation battles in Czechoslovakia.

After the war, he settled in Břvany near Louny and worked as a private farmer. He suspected that a loss of freedom would come with the Red Army to Czechoslovakia. He recalled a meeting in a Prague hotel in 1945: “One day a man sat down with me and I told him what I had experienced, how things would be here with the Soviet Union. Gulags, kolkhozes. I knew it would come here. And he said that it was impossible, that we were a cultivated nation. And I answered him:

“Exactly! Because we’re a cultivated nation, they’re going to crack down on us before the Ukrainians.”

Josef Kulich was right. After February 1948, collectivization also took place in Czechoslovakia, and he himself faced pressure to join a collective farm. After his experience in the Soviet Union, he knew what resistance would mean for him and his family.