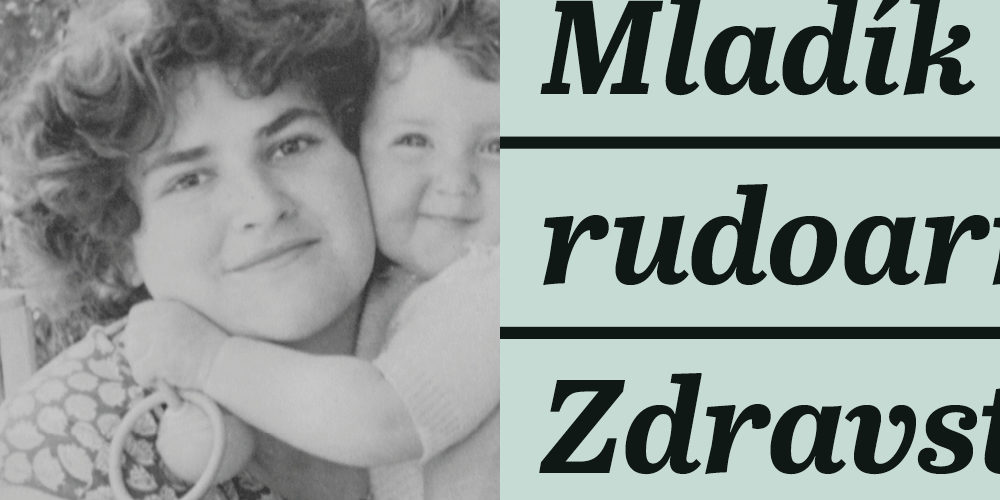 Eva Landová, from a Jewish family in Prague, was deported at the age of eleven with her parents to the Terezín ghetto and then to Auschwitz. Her mother and her ended up in the Stutthof camp (today Gutowo in northern Poland), where the Nazis sent the impoverished Auschwitz prisoners to dig trenches against the advancing Soviet army.

Her older friends took her in. She was at risk of having her feet amputated due to frostbite. “I couldn’t walk, I was lying down, eating what anyone gave me or nothing at all. Around 21 January 1945, the door of our block opened and a young man in a Red Army uniform stood there. He greeted us in Russian, he said: Zdravstvujtie! We didn’t know what it meant, but we understood that we were free.”

After the war, she was the only one left of the whole family, all the had others perished. The fourteen-year-old girl was adopted by a Soviet Jewish doctor, Moshe Ionovich Mer. Eva Landová became Evelina Merová, and her new home was in what was then Leningrad (now Saint Petersburg). She says she encountered anti-Semitism in the postwar Soviet Union as well, and believes that only Stalin’s death in 1953 saved Soviet Jews from accusations of conspiracy and widespread repression. She started a family in her new homeland. She returned to her native Prague in the 1990s.

“The Germans were better organized, with such precision, but the Russians also killed an awful lot of totally innocent people. At least the Russians didn’t talk about it openly,” Evelina Merová says of her experience with 20th century dictatorships. “There were camps in Russia even earlier than in Germany, so I don’t know who learned from whom. Both were terrible.”