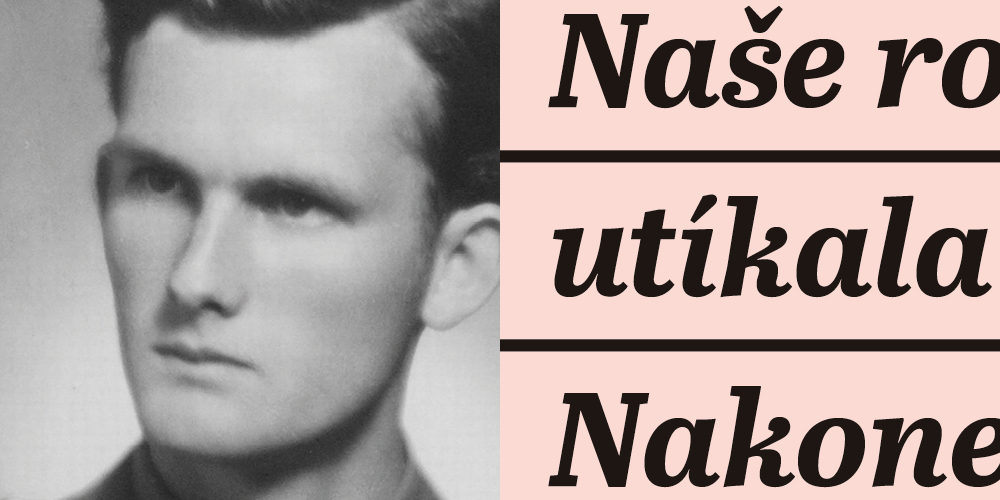 “They stripped me naked, beat me unconscious, I was swollen everywhere. A guard stood over me with a bucket of water. Only that bucket of water woke me up.”

This is how Julián Slepecký describes his interrogation following his capture in 1951 after an unsuccessful attempt to escape from communist Czechoslovakia.

The son of a Ukrainian father and a Czech mother, Julián was born in Halych in what was then Polish territory. His father, a veteran of the First World War, had experience fighting the Bolsheviks, and when Hitler and Stalin partitioned Poland in September 1939, the family struggled to survive the shifting fronts and attendant regime changes in the seclusion of the countryside.

The Nazis dragged Julian off to do forced labor in 1944, and after the war he found himself in a concentration camp for Soviet citizens in France. “There they told us that Comrade Stalin had given orders that all Soviet citizens abroad must be brought home.” During a stop on a transport train in Poland, Julian escaped and was reunited with his parents in Prague at the end of 1945. Just as they had promised each other during the war.

He became a soldier by profession and, as a staff sergeant, taught in a non-commissioned officers’ school. But he did not escape the dreaded Bolsheviks. After the Communist takeover in February 1948, he was disgusted by the transformation of the army along Soviet lines. Because of his failed attempt to emigrate, the court gave him a 20-year sentence. In 1959, Julian’s wife applied for his parole and succeeded. “There is good and evil in the world. I chose to fight for good and I that I did,” he says.