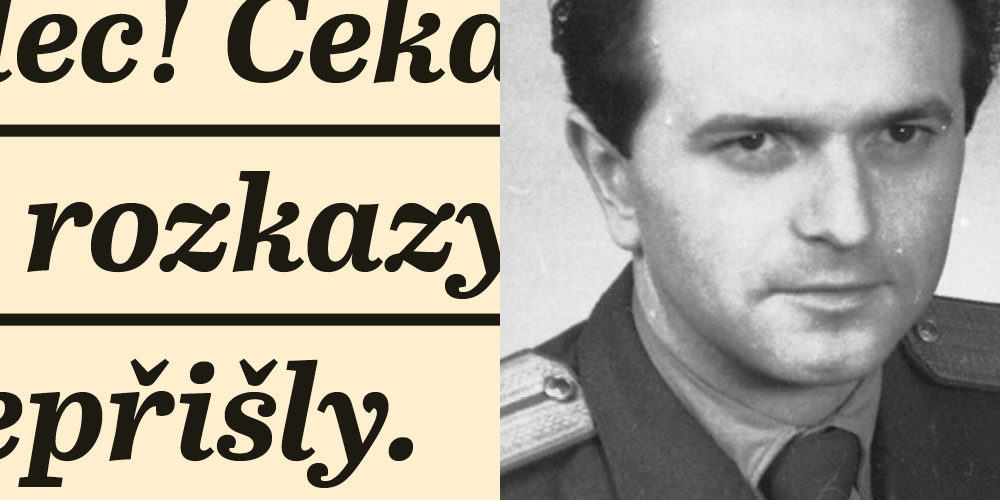 At the age of eighteen, Vratislav Herold became a communist by conviction. And out of anger at not being elected chairman of a cultural association, he said to himself: “I’ll show you!” And he joined the StB. At the rank of major, he headed the Anti-American Department and sent spies to the West.

On the night of 20-21 August 1968, he had an epiphany. He didn’t know what his comrades in the USSR were up to. Early the next morning, he was met by a banal order: to patrol outside all the western embassies in Prague:

“To keep an eye out to see if people were going to gather. That was it. Then we were decommissioned. And from that point on, we sat in the office.”

According to the words of the StB officer Herold, the StB comrades sat out the occupation, drinking coffee and smoking. They waited to see what would happen. “In those days, our agents, collaborators, even confidants did not want to meet with us. When I called someone, they said they were sick. They were also defecting like us. They were waiting to see what Dubček would decide. Everyone knew he was a wimp. A real fairy. He used all the communist lines. And you don’t do that in a revolution!” he recalls.

He was fired from the StB because he refused to call the occupation “brotherly aid.” Until his death, he worked as an accountant and struggled with alcohol addiction.