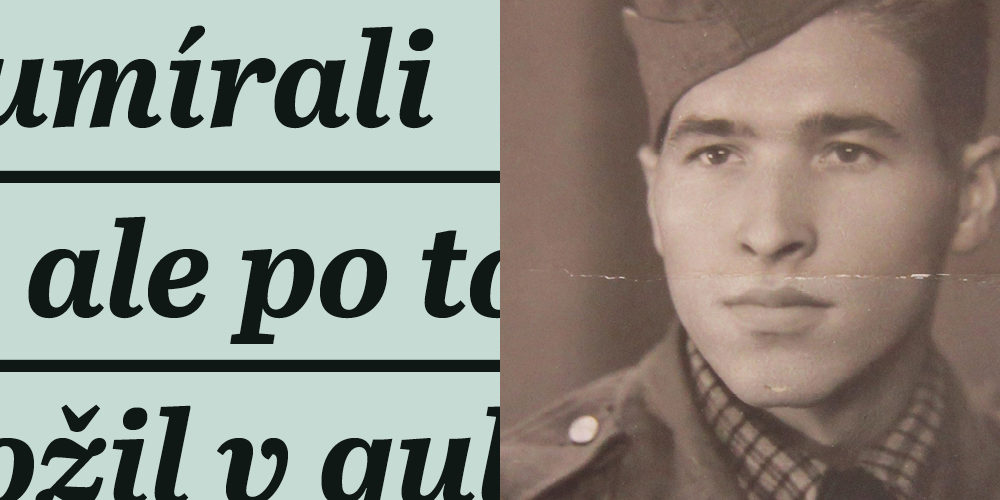 After Vasil Coka was expelled from lyceum in Chust after the Hungarian occupation of Subcarpathian Rus in 1939, he tried to escape to the Soviet Union.

“We didn’t know anything. My dad was a communist and he had some leaflets hidden in the attic. I found them and from them I learned that it was different in the Soviet Union, that it was good there.”

He dreamed that he would be able to study in the land of the Soviets, but instead he ended up in correctional labor camps.

“In the gulag, I didn’t wish for anything anymore. I just wanted to get to the interior and die there right away. There was no friendship there. Everyone was on their own. Within six months to a year, one stopped thinking and became an animal. An unthinking person,” Vasil Coka recalls of his three years in the gulag.

He was only liberated by the formation of Czechoslovak military units in the Soviet Union, where he was called up in February 1943. He then went through many battles spanning from Kiev to Moravia. Just before the end of the war he suffered a punctured lung and stomach during the liberation of Bystřice pod Hostýnem.

In 1947, Vasil Coka was discharged from active military service due to persistent health problems. He was given a kiosk, but the communists nationalized it and demoted him to a Private as someone untrustworthy. “I was happy that I was not in prison and that the NKVD did not drag me off to Siberia like several of my friends.”