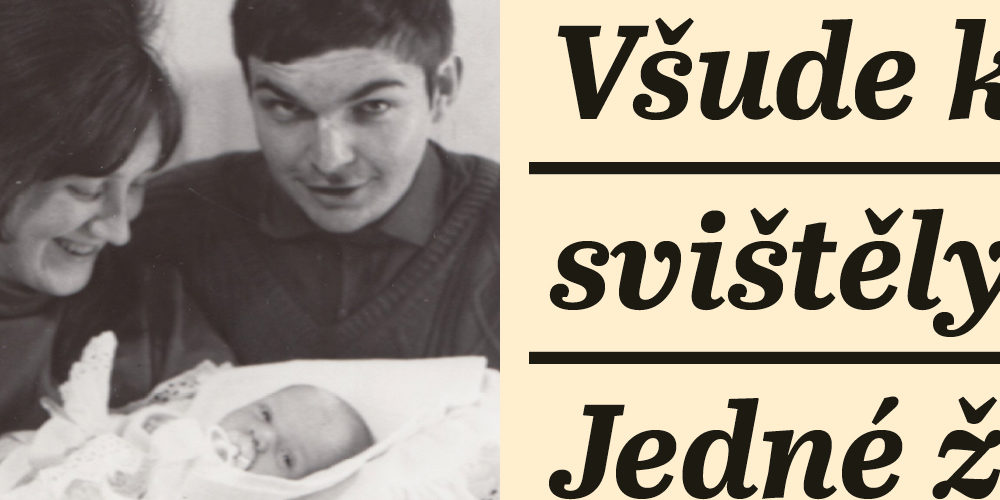 Miroslav Jeník and his brother Ladislav rescued a burning woman in Desná in the Jizera Mountains on the morning of 21 August 1968. They quickly dragged her from the street, which was engulfed in flames and devastated by explosions after the crash of a vehicle of the occupying Soviet Army. “We were driving in my little Fiat 600 right inside the Russian convoy. It was coming down into Desná from Příchovice and the ZIL’s brakes overheated.” Miroslav Jeník, thinking fast, pulled the car to the side.

“The Russian truck narrowly missed us. It crashed sideways into the glassworks at high speed. Gasoline poured out of the broken tank, caught fire a moment later and exploded.”

Miroslav and his brother did not hesitate and rushed to help. They put out the burning woman with a blanket. Both of them suffered burns and the heat permanently damaged Miroslav’s eyes. Seventy-four-year-old Marie Vodáková and her eight-year-old granddaughter Dagmar burned to death at the scene.

The Jeník brothers never met the rescued woman again, although not for a lacking of trying. Miroslav came into conflict with the communist regime. Because of his protests against the Soviet occupation, he was imprisoned for ten months in 1970. His two friends and colleagues working in the Bozkov dolomite caves also went to prison. What were the young men guilty of? They had anti-Soviet slogans on a bulletin board at the entrance to the caves, played banned Free Europe broadcasts from an amplifier, and sang anti-occupation songs such as “Go home Ivan” and “When Gustáv Husák hangs from a tree.”