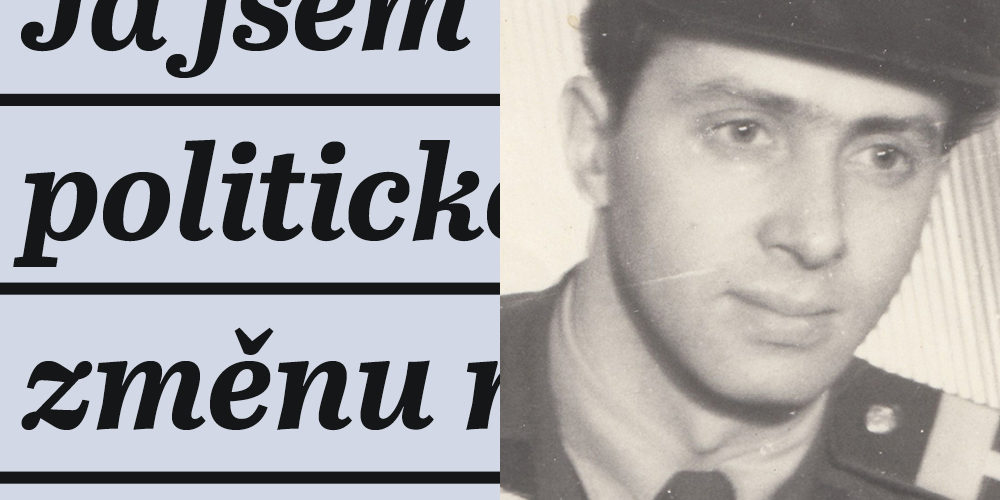 Milan Richter, a 20-year-old laborer, entered basic military service in 1954. He signed up for the army for life. He joined the Communist Party of Czechoslovakia and served as a border guard on the border with what was then West Germany. In this role, he also experienced the loosening up of the situation in 1968 and the subsequent invasion of the Warsaw Pact armies. He accepted the interpretation of the impending counter-revolution dictated by the Soviet occupiers.

Although Milan Richter welcomed the rise of the Soviet reformist Gorbachev and admits that the border regime should have been relaxed sooner, he did not take the collapse of the communist regime in Czechoslovakia well. He did not want to serve in the army under the new conditions and retired. He resented the influence of foreign capital and the alleged selling off of national wealth. He argues against it by saying that the Soviet army, which had to leave Czechoslovakia in the early 1990s, did not take any property. But in doing so, he ignores, for example, the enormous ecological damage left by the Soviet occupiers, the consequences of which we are still dealing with today. “Does anyone know a greater totalitarianism than the totalitarianism of money?” he asks rhetorically, naming four certainties he believes the communist regime was able to provide: “to eat, to drink, to be clothed, and to live.”

He is still involved in the Czech Borderland Club. In his opinion, the role of border guards is not properly appreciated. “The truth will eventually come through, even if generations pass in the meantime,” says Milan Richter: “A state that does not guard its borders is not a state.”