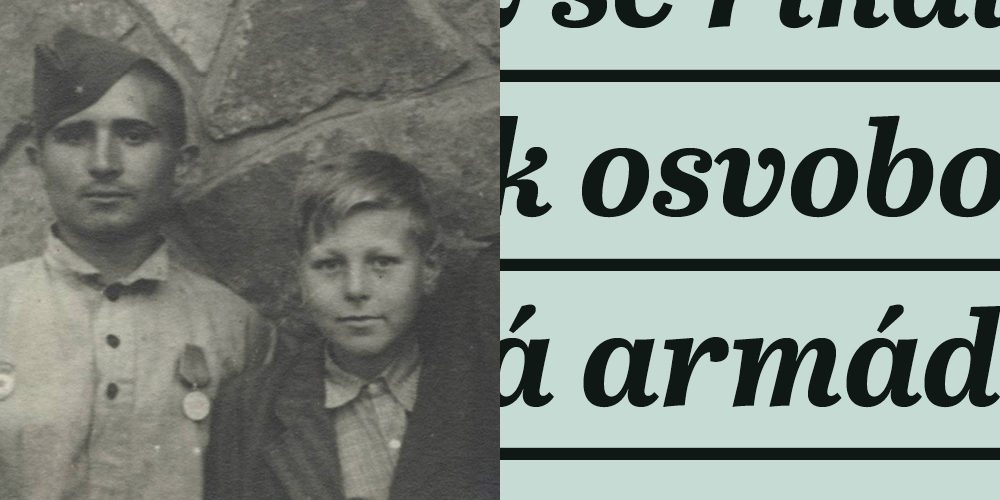 As a boy, Richard Praus experienced the liberation of Písek by the American army on 6 May 1945 and the arrival of Soviet soldiers four days later.

“Písek was behind the demarcation line, that is, in the sector liberated by the Red Army. However, its advance was slowed down in the Brno region, so the Soviets did not arrive in Písek until the afternoon of 10 May 1945,” he recalls.

“In front of the town hall, there was a ceremonious toast by officers of the American and Soviet armies, and after the demarcation line was clarified, the Americans cleared out of Písek,” adds Richard Praus, who would bring American and Soviet soldiers home for the night in those days. He recalls, for example, a sergeant named Moon who was absolutely delighted by the prospect of a hot bath.

After 1948, however, the Americans were to be forgotten and only the Soviet liberators were to be mentioned in connection with the end of the war. Richard Praus decided to correct the distorted image of liberation after the Velvet Revolution. He founded the Buddies of the 4th Armored Division. In his hometown of Písek, he pushed for the erection of a monument to the true liberators. “After fifty-five years, the injustice has finally been righted,” he said at the unveiling ceremony in 2000.