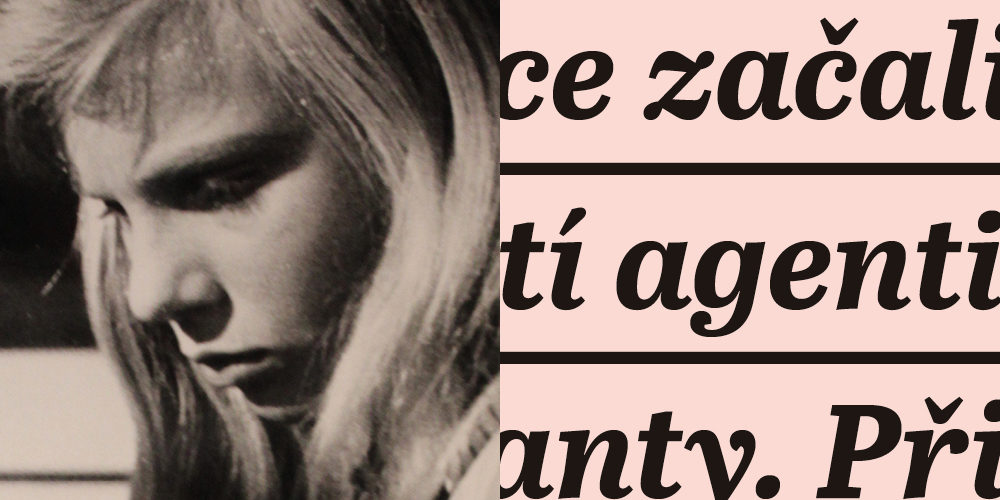 Her father Vyacheslav Irmanov came from an old Russian noble family and lived in Prague since 1937. In May 1945, he was arrested by agents of the Soviet counter-intelligence special unit SMERSH (Death to Spies), who were taking hundreds of Russian emigrants to Soviet gulags during the inaction of the Czechoslovak authorities. He was saved by the courage of Kateřina’s mother.

“She told them that he had left her and had fled to Paris. She began to wail terribly and they were so surprised that they left. But there was a moment of terrible fear.”

Vyacheslav Irmanov, a sculptor, musician, and occasional actor, then hid for several months with the singer Arnošt Kafka. “He was a brave man, because hiding my father was very dangerous.” After a while, the family was able to be together again, and in 1947, Kateřina was born. In early 1948, her parents sent her to her Russian grandmother, who was living in exile in Helsinki. In the meantime, however, the communists had taken power in Czechoslovakia and little Kateřina’s return was complicated. She returned to her parents after three years. Only Russian was spoken at her grandmother’s house and it took her some time to pick up Czech in Prague.

At the age of twelve, she starred in the film Holubice (Doves) directed by František Vláčil. Despite a problematic personal profile, she graduated from high school and in 1967 began studying psychology. After the August occupation, she studied in Switzerland, but eventually rejected the possibility of emigration. “It was then that I realized that I cared very much about Czechoslovakia, which was in danger at the time,” says Kateřina Irmanovová.