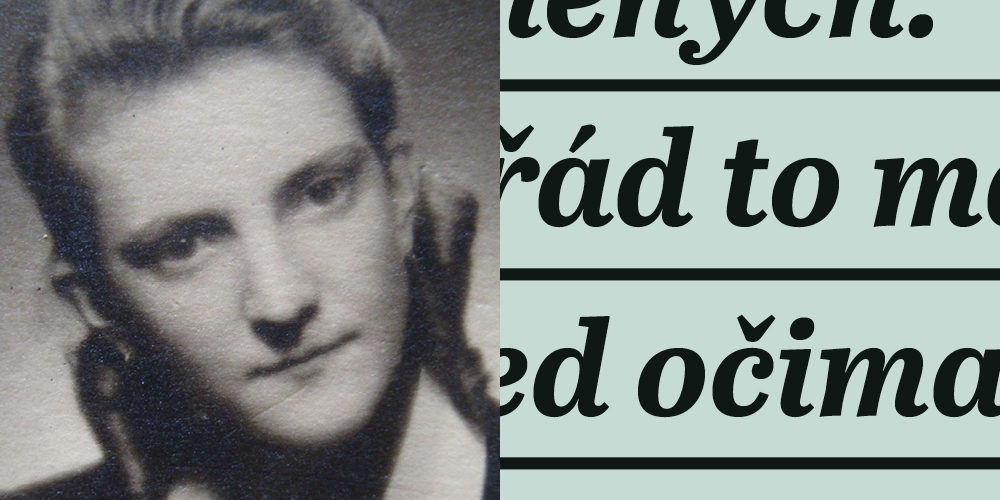 “We were always living in fear. The Banderovs came to us at night, the Red Army took people to Siberia, then the Germans came. So, I was not afraid to join the army,” says Slávka Altmanová, née Ficková.

She came from the village of Semiduby in Volhynia, in today’s Ukraine. The Czech minority lived there culturally and the children, including Slávka, were instilled with a love for their original homeland. With the beginning of the war, however, the Czechs of Volhynia found themselves caught between the Bolsheviks, the Banderovs, and the German occupiers. Her father Vladimír Ficek was lucky to escape the NKVD’s deportation.

After the Red Army drove the Nazis out of Volhynia in early 1944, Slávka voluntarily joined the army. She completed a short training in Halych, and by the end of August she was already heading to the front as a member of the liaison army with the artillery forces. She endured the fierce battles at Dukla and made it all the way to Prague in the ranks of the 1st Czechoslovak Army Corps.

Even after the war, Slávka Altmanová’s fear has not left her. For two years she waited to see if her parents would be able to come to Czechoslovakia. “Stalin blocked it, he didn’t want to let them go,” she says.
The mental and physical effects of the war years trailed her throughout her life.