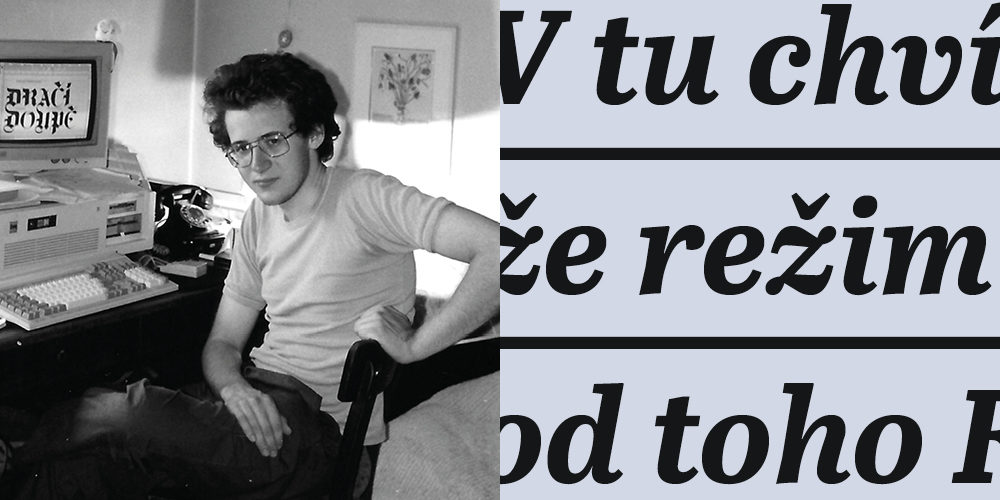 In the autumn of 1989, Martin Klíma was studying at the Faculty of Mathematics and Physics, running a magazine devoted to science fiction literature, and planning with friends to form an independent student organization. He spoke from the podium on behalf of the students at the November 17th rally in Prague’s Albertov Square. He shouted into the amplifier:

“Subjugation is worse than death!”

The communist police dispersed the peaceful student procession on Národní Street with unprecedented brutality. Martin went on strike with his classmates in protest and became a member of the national student strike committee.

Today, the successful publisher of board and computer games says that only certain images from the hectic days of the Velvet Revolution stand out in his memory. For example, when rumors spread in Prague on Tuesday November 21st that the communists wanted to call out the People’s Militia and the army against the strikers. The students subsequently issued a statement “to all governments of the world and the UN” defending their action and asking for support.

Martin Klíma and a delegation of students went to the embassies of world powers to deliver the statement. They first went to the US embassy, where they reportedly received a rather formal and cold reception. With apprehension, they went to the Soviet embassy in Prague’s Bubeneč district. Some long minutes passed: “A man came in whose function and position I still do not know – he did not introduce himself to us – and he took our paper, read it, and said: ‘In my opinion, you have nothing to fear.’” At that moment Martin Klíma realized that the communist regime in Czechoslovakia had ended.