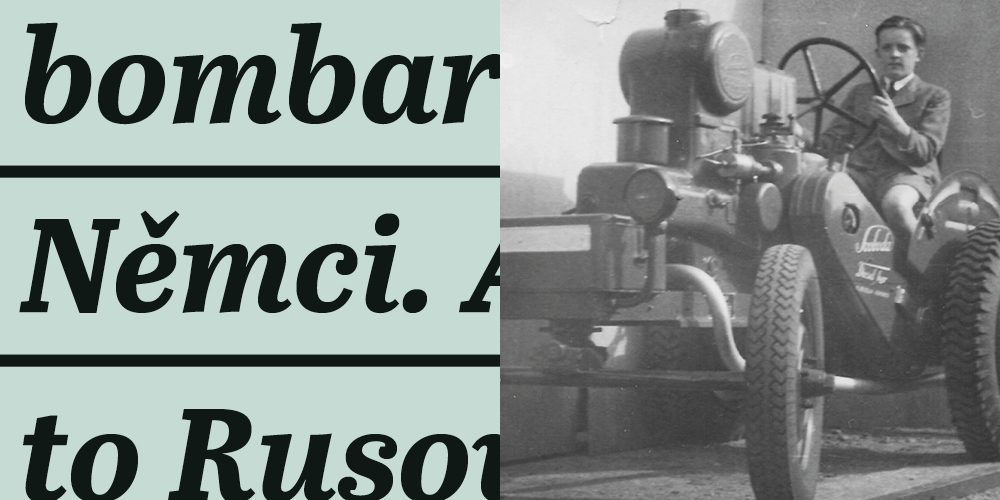 On 9 May 1945, sixteen-year-old Václav, the son of the owner of a tractor factory in Kosmonosy, set off on his bicycle to neighboring Mladá Boleslav. There they were looking for boys to work as bicycle messengers. But just as he was waiting in the office of the national committee, the raid began.

“It fell very close. Like we had practiced in the shelter. Pieces of the ceiling were falling,” he recalled.

When he came out after the air raid, the square was all dust and fallen plaster. He ran into a framing shop on the corner where his friend worked. “Her torso was on the counter. It tore off her arms and lower legs. And it took off her clothes, too. She was in nothing but ripped panties. It was the first time I had ever seen a naked girl,” he described the shocking experience.

Officially, it was claimed that Mladá Boleslav was bombed by the Germans. In reality, it was a Red Army air raid to prevent German troops from retreating to American captivity. “They were bombing roads crowded with fleeing Germans,” said Václav Svoboda. “They were very concerned about the prisoners. They wanted to take them to work in Russia. But we were not allowed to talk about that.”