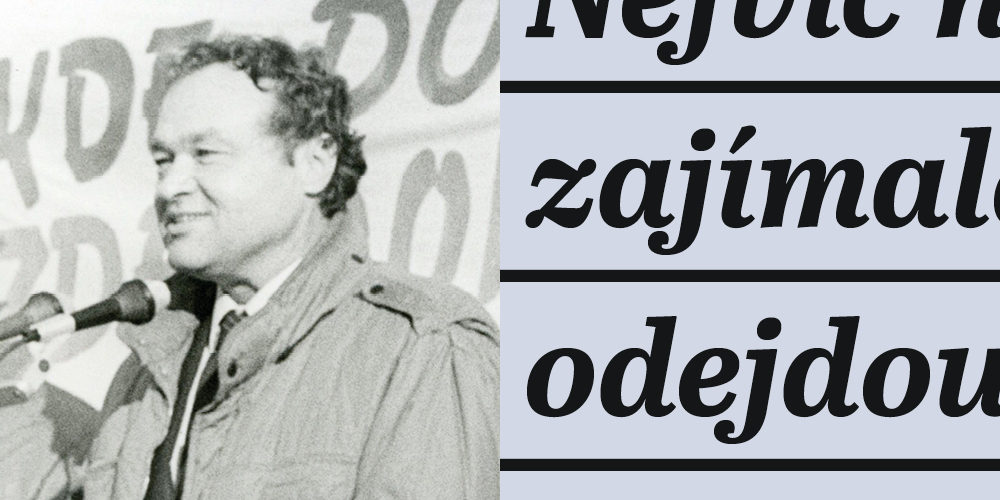 Bohuslav Fencl spent most of his life in Vysoké Mýto in eastern Bohemia. He grew up in a family of a former legionnaire and officer who was expelled from the army after February 1948. Thus, he was able to forget about studying. Despite his working-class occupation, he later worked his way up to a management position in the road infrastructure company Silnice Hradec Králové. After the occupation in August 1968, the Soviets established one of five of their divisional headquarters in Vysoké Mýto.

Because of the theft of construction materials by Soviet soldiers from the garrison in Vysoké Mýto, Bohuslav became the subject of negotiations with the security authorities and signed an agreement to cooperate with military counterintelligence.

“The building materials that the Soviet soldiers stole were eventually paid for by the Czechoslovak army,” he recalls.

During the Velvet Revolution, he was one of the founders of the Civic Forum in Vysoké Mýto. In January 1990, a march to the Soviet barracks took place in the town. “We walked to the housing estate, where we publicly announced our demand that the Soviet troops leave Vysoké Mýto as soon as possible. The demonstration was peaceful, the national anthem was sung. It was the biggest gathering I remember,” he says.